By Chin chin
This is my entry to Techie She’s Lucky Blogger Weekly Giveaways Week 18. This week’s prize is $10 paypal credits from WAHWM of Work at Home Wife and Mother. 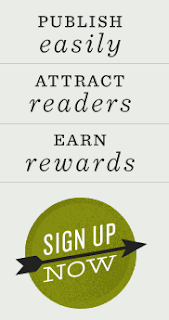 I have written a post December last year entitled Make Money from Home with HubPages where I share one of the ways I earn money online. I have already written about 30 hubs or articles by that time in HubPages and was really happy when my earnings for the months of December and January 2011 were more than enough to cash out at the Google Adsense program. I promised myself that I would write more hubs.

Then came February 2011 and the Google Panda. HubPages was hit hard and traffic to my hubs suffered. I was already getting about 300+ page views everyday prior to that update and it was cut into 1/3 afterwards. Not only was the traffic affected, so was the income my hubs generate (cut down in the same ratio).  It was really sad and after that I had never really written as much hubs (of course, I became busy also with online freelancing.)

But HubPages did something about the Google Panda. They cleaned the site of many spam hubs so that only the best and original hubs are published. Then, they also made changes to the way pages of authors are created. Now, I have my own subdomain at HubPages which really improved the Hub Score of many of my hubs. Also, last April they launched their own ad program which pays authors via Paypal when earnings reach $50. So, that is in addition to the earnings authors can make via Google Adsense, Amazon or Ebay.  I just received my first payment of $65 last September. It's awesome because that was a completely passive income. I didn't write a single hub from the time the ad program was implemented.

Because of these changes, Google rewarded HubPages. I read in WebProNews that in the latest Google Panda update last week, HubPages was able to make the make the winners list this time around.  Now, my hubs are back to getting about 300+ views per day and I'm more motivated to write again.

I haven't really stuck my nose into it... but it sounds like a pleasant idea. It reminds me of Associated Content then.
October 7, 2011 at 12:21 AM

sir rob said…
I have known Hubpages long time ago but not given much attention and this sounds great time to turn back again and check it out.

Chin chin said…
@teecup, It's HubPages, not Hubspot. I knew about Associated Content way back, I just don't know why I didn't really tried it out.

@sir rob, if you could check it out, that would be great. They have a learning center page which gives really great information about writing online which is applicable not just exclusively for HubPages.

Associated Content (now Yahoo Contributor Network) no longer pays writers based outside the US for page views, so people started leaving.
October 8, 2011 at 7:39 AM

krizza said…
I'm not much into freelance writing as I'm currently having a regular job and I worry that time won't allow me to get engaged on such. Reading your post made me curious about this freelance writing thing. Is it really a good source of extra income for those who are just staying at home? I mean does it give u a sufficient income? I want to learn more on this. Thanks for sharing! :)
October 9, 2011 at 7:46 AM

@Krizza, if you talk about freelance writing as in having an employer, at least the income from there is sure. I usually find jobs as freelance writer at oDesk or Freelancer.

But if using online publishing platforms where you share earnings from the click of content-based ads or by selling affiliate products, then it's not a sure thing. I think you have to know how to write content that attracts clicks or buyers. There are many who write in HubPages who doesn't really earn much, but there are those who earn a lot as in $1k per month. I'm still so far away from the latter.
October 9, 2011 at 1:11 PM

Sheryl of georyl.com said…
i think i have a hubspot account before but didn't push through with it. if i'm not mistaken, i opened one after reading your post about it.

sir rob said…
Thanks for dropping by at my hubs. I am still learning their but at least I was able to start one. hehe

Wikinut is just like all other article publishing site the difference is that you can re-publish your already published article from other sites, all you have to do is disclose it and that you are the same person.
October 21, 2011 at 4:37 PM

@Techie She, this reminds me I have to put my link for week 20th.

@sir rob, glad you wrote your first hub. You actually did a great job.

Maybe I would also check out Wikinut and see if I can also benefit from opening an account there.
October 22, 2011 at 10:21 PM