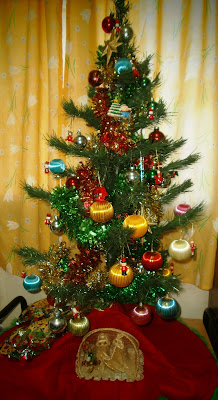 Last Friday, we just put up our Christmas tree. It's the same Christmas tree that we had last year. We're not buying another one since we think it's still okay. Besides, this has sentimental value. It was passed down to us by a good friend  who had moved on to another part of the world.

Janel was telling me to put it up earlier because they already received some gifts from their friends. I still haven't wrapped any gift. In fact, I have not really bought much. Anyway, there's still time to buy some more gifts here for all the kids here. I usually just shop for the children and for an exchange gift we do among our friends.

Janel has been saying "I love Christmas! It's Jesus' birthday, right mom?" I haven't seen them watch an animation about the birth of Jesus yet. But I would be on the look out for that one. I want them to watch it so that they would be reminded of what the season is really about. Christmas is not only about the gifts, the toys, the new clothes, the parties, the Christmas decors. It is really about JESUS. 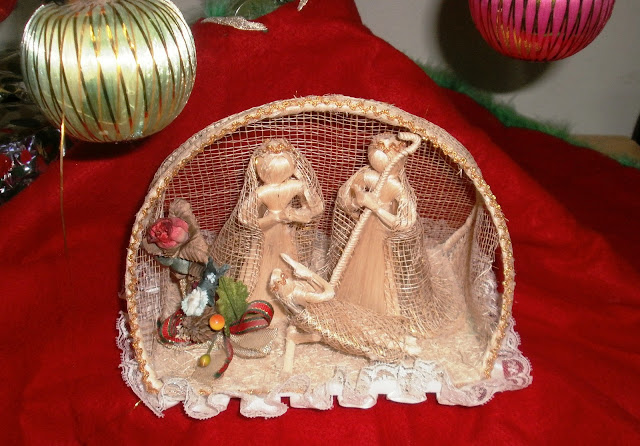 Here's a story which you may want to tell your children to let them know about the true meaning of Christmas. It's entitled Little Star written by Anthony DeStefano read by Pat Boone.


What do you think about the story? Do you like it?

Elvirah said…
Thats a wonderful christmas tree you have put up with the nice decors. Have a Happy and Joyous Christmas ahead and happy holidays.
December 12, 2011 at 9:15 PM

Nancy said…
That's a very nice tree you have.

And indeed Christmas is about children to me too so most of the things i bought during my early shopping were for them. :D
December 13, 2011 at 9:44 AM

Mai said…
Merry Christmas, Chin! Thanks for the visit at Redlane Geraine! Thanks for sharing the video. Will watch it later with the kids.
December 13, 2011 at 10:34 AM

Unknown said…
ooops...12 days before christmas na pala, me too i haven't shop for gifts, maybe this weekend