By Chin chin
Last Friday, our family (excluding our 2 sons) went to the Palarong Pinoy which was an event programmed by our kids' school as part of developing the students love for Filipino games as well as having fun with the student's parents. The place we went to is a dates farm with a really nice view. There was a big pond or lagoon with a number of swans ducks swimming back and forth. My little Angel really liked watching the ducks. 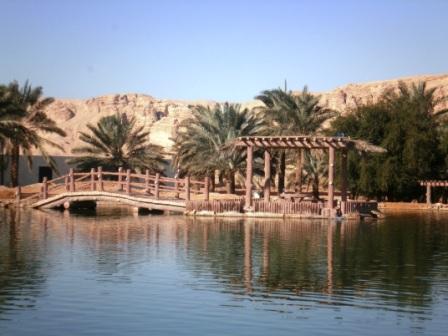 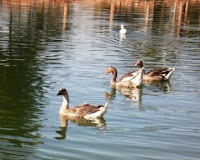 As the name of the event suggests, our children had some fun playing games. Janel played this balloon bursting game. I wonder who is this young man she is partnered with. She also played a tug-of-war game which her team won.

Kristel, on the other hand, played the Coconut Shell Relay Race. Some of the players had a really hard time walking using those coconut shells. But I was surprised that Kristel really did a good job. She looked like a pro using those coconut shells. She also did another relay race which I actually missed because the games were ongoing simultaneously.
After the event, we still had some time to tour the farm. We walked through this long road with dates tree planted on each side.

Then, at the end of that road, we saw this big empty lot with the mountains at the background. They saw a big empty cable spool which they had fun rolling to and fro together with some of their friends. 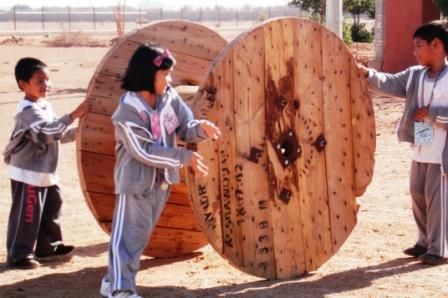 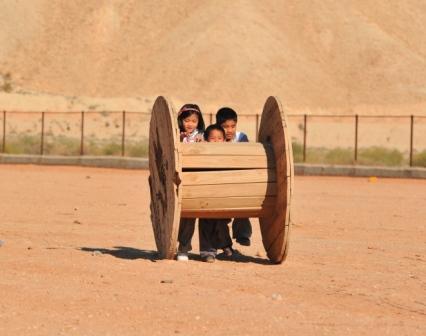 At the end of the day, we were all tired. But, thank God it was fun and gave us a short break to enjoy the outdoors - an amazing display of God's creative power. It was also a great time spent bonding with my daughters and their father, too.

Chin chin said…
Hi chrisair. It is good that the Filipino children here are still taught Filipino values including the games. Thanks for adgitizing here.
December 7, 2011 at 12:40 PM

Chin chin said…
Thanks, sir rob for the appreciation. I used my Olympus point and shoot camera with that shot. Some of the pictures were taken by my husband using his Nikon D700.
December 7, 2011 at 4:35 PM