Changes in the Ranking of Honor Students According to DepEd (2017)

By Chin chin
I am very happy that school is finally over. But this week was a busy one because we attended several events in our children's school including Recognition Day, Moving Up Ceremony and Graduation Day. 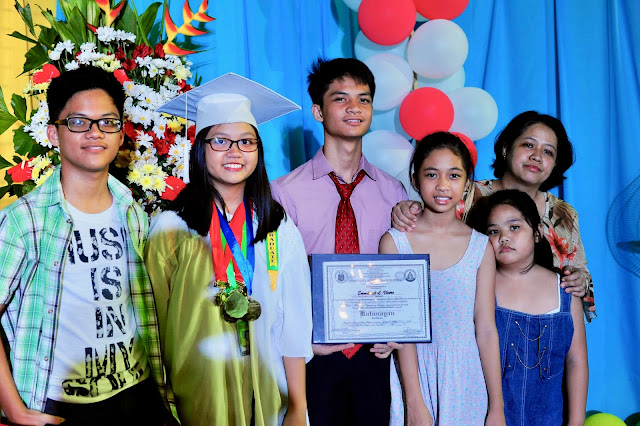 My week started with a meeting last Monday. I, along with other parents of select graduating students of Kristel's class, came to school for a short meeting. I knew it was because Kristel is one of the honor students. Just like when Yuan graduated from Grade 6 in 2014, the principal talked to us and explained how schools rank honor students according to DepEd.

Now, there are big changes as to how the school is ranking honor students following DepEd orders. Unlike before where the school announces the Top 10 students of the graduating class (the same goes for every grade level), this time he only announced the names of honor students along with their designated HONORS according to their Final Average Grade:


So, what did the new ranking system mean? This means that there was no announcement of Top 1, 2, 3, 4 and so on anymore. No student from the graduating batch was named Valedictorian or Salutatorian. But just like before, students were recognized if they excelled in any field/subject, i.e. Math, Science, English, etc.

(That is the case for my daughter's elementary school. But in Emmuel's junior high school, the Top 10 students from all the sections combined were still recognized.)

I know some schools are not ranking the top 10 students of their class/grade level long before today, but now, this is the order for all schools, both private and public. Although, the schools can have the prerogative to implement other selection parameters for the honor students. For example, the students should not have any grade lower than 90 to be given the recognition.

I was curious and asked Kristel's class adviser what is the basis of the General Average grade. She said that the final general average was just based on the average of all their academic grades. I asked her again to clarify if the extra-curricular activities were factored in in the final grade. She said no.

Remember, in the previous ranking of honor students, 70% of  academic grades plus 30% of extra-curricular points made up the final ranking. This new system of ranking (based on Academic grades only) is how honor student ranking was during my time.

What is the Advantage of the new ranking system for honor students?
I think the new ranking system gives all the students the opportunity to excel and be appreciated for their efforts since recognition is no longer limited to the Top 10 students of each grade level. If they can reach the required final average grade, then they will receive a medal at the end of the school year.

This system also eliminates stiff competition among students which sometimes strain good relationship between them. Sometimes, even the parents of the students are not in good terms because of this. Some say that removing the competition also has negative effects, but I think the positive outweighs the negative.

Anyway, I am so happy with the accomplishments of my children this school year. My eldest son, Emmuel, completed junior high and Kristel completed elementary education. I am also so proud that she finished with HIGH HONORS. Even though she was not named Valedictorian, she was given the privilege of giving the Word of Thanks speech in behalf of the graduating class. 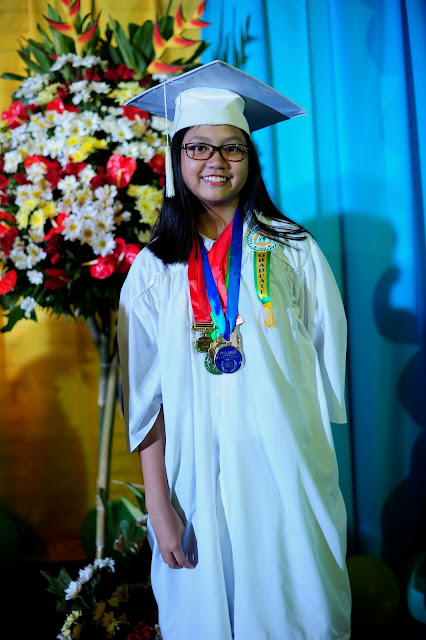 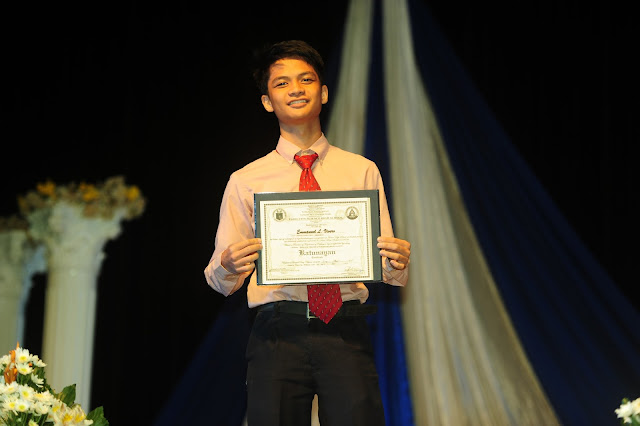 My two other daughters also finished their respective grade levels with HIGH HONORS. 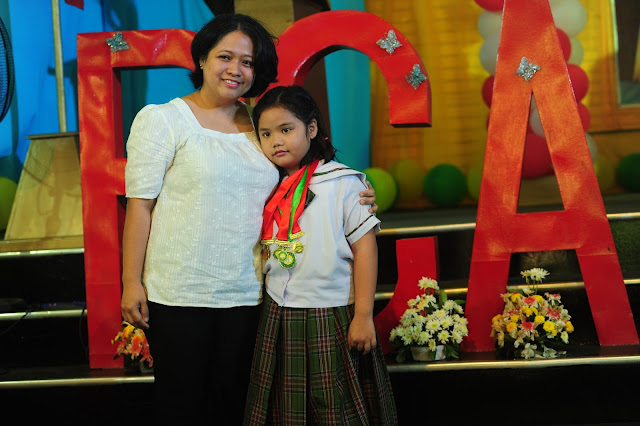 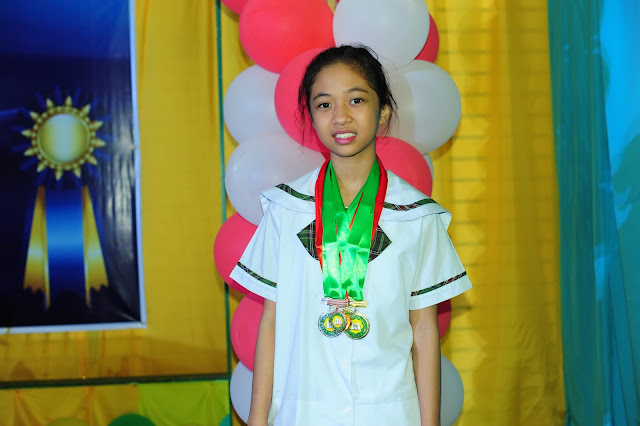 I'm really thankful to God because whatever wisdom, knowledge and talent they have are from Him.  To God be the glory!

Our whole family rejoices with our children and supports them in their every endeavor. 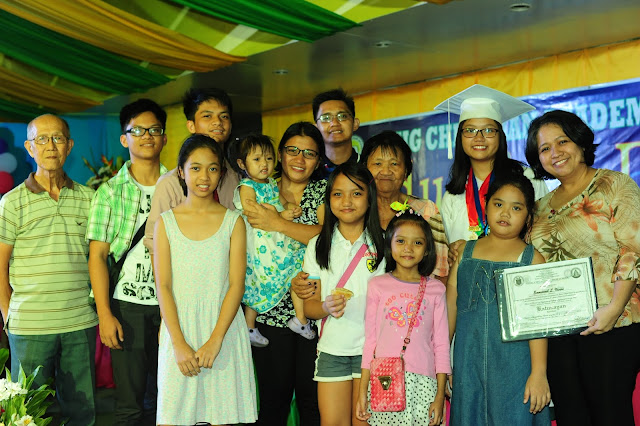 What do you think about the changes in the ranking of honor students?

Mommy Maye said…
Wow congratulations to you. You must be very proud. I somewhat like the this new grading system. During our time same din tayo na 70-30. I rarely join extra-curricular activities pa naman so when I graduated in HS, kahit pang 3rd ako sa rank ng GPA nawala ako a honor list. So now atleast academics na talaga and more students are given a chance to be recognized hindi lang kasi top 10.
April 11, 2017 at 9:20 AM

Cai Dominguez said…
Congratulations for having smart and wonderful kids! I think I like the new system. I agree that it will give equal opportunity for everyone! <3
April 20, 2017 at 5:40 PM

theresa said…
Congratulations. You must be very proud. And yes po (teacher here), one of it's advantages is even when the student is in the lower section as long as he/she meets the grade, then he/she has the chance to be included in the honors.
April 27, 2017 at 11:44 PM

Anonymous said…
Hi, Do you have an idea if these 90 minimum average for honor roll awardee must be implemented in both public and private schools? My daughters study in a school where only those with at least 95 average will be recognized! outrageous. not even if you get a 94! how about those good students unrecognized even if they get 90 average? ganun na lang?
December 4, 2017 at 10:02 PM

Chin chin said…
Hi. I think the recognition of honor students using the scale presented is implemented in public schools. But if your child is studying in a private school, I think they have the option to implement a stricter standard. I'm just not sure how much they can deviate from the standard.
December 23, 2017 at 10:45 PM

Unknown said…
but there is the downside of not having to include the extra-curricular activities bcoz with this new ranking system, students' life is imbalance. they do not give a heck to extra-curricular activities and instead focus on their academe. in reality, a person doesn't only have to think, but also have to do....
August 18, 2018 at 3:47 PM

Chin chin said…
Hi Flor. In the case of my children, I think the basis of their standing were their transmuted average grades. I am not a teacher po, so that is only my observation. Maybe it is better to ask your daughter's teacher/class adviser to know the basis of her standing. If your daughter is studying in a private school, maybe there's a particular policy about it. I hope you can find out. Thanks for visiting my blog.
May 15, 2019 at 12:36 AM