Some DIY Ideas to Get Rid Of Bumper Dents

Regardless of how careful a driver you may be, getting dents and bumps on your vehicle is unavoidable. When you’re on the road, many unforeseen incidents may occur; even uneven road surface can cause damage to your car. Getting the repairs done by an auto shop can be quite tedious and burdensome on your wallet. Why not try a DIY option? 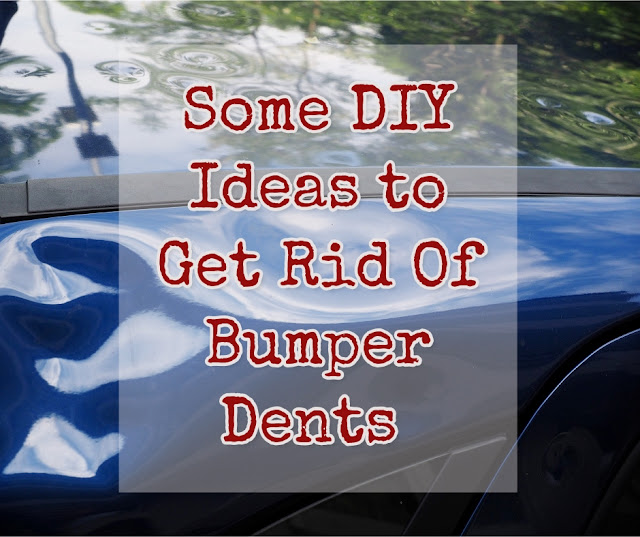 Following are a few tips and tricks (using ordinary household items) to help you remove those pesky dents by yourself and save on the cost of a mechanic.

Sometimes it happens that you can’t reach under your car to push the dent out from behind. In that case, a plunger can be quite a useful tool. All you would need to do is pour a little water on both the dent and plunger before you start pushing and pulling, just as you would with a clogged toilet. Also keep in mind to use a cup plunger used for sinks, not the one for toilets.

The change in temperature caused by the boiling water helps to mold the plastic back into its original shape. You pour hot boiling water on the dented area and then push it out from behind. This tip can only be used for plastic bumpers and may not be much effective because it’s difficult to heat up the bumper quickly, enough to push the dent out.

Hot air gun employs the same concept as boiling water, although it is much more effective in comparison. All you need to do is focus the gun onto the dent until it is hot enough to be pulled out. The heat makes the hard, rigid plastic more malleable hence easy to reform. It is also a faster method than boiling water, but the drawback is that the paint may melt of the bumper if you’re not careful.

This method also employs the use of hot air. Set the hair dryer at the highest temperature then aim it over the dent. When it is hot enough, immediately switch to the can of compressed air; the changes in temperature will make the dent pop out instantly.

If you’re going to use dry ice, then make sure to wear protective gloves before you begin; the prolonged exposure to the substance can lead to injuries similar to burns. You can either use the ice alone or heat up the dent first; the dry ice will do the work of the can of compressed air.

These are just a few ways you could use to repair your car, however, be sure to remember that not all of them can be used for every vehicle. Plus, there is nothing better than the original so if you're okay with spending a little extra cash you could always get new parts and accessories from Autodoc.be.