Some Ideas for Hosting a LEGO Birthday Party

By Chin chin
If you want your kid’s birthday party to be fun and extra special, you need to be creative and innovative in planning it. The first thing you need to do is choose a theme that kids like and enjoy.

One good idea is a Lego party theme since kids, even grown-ups, love Lego. It's a widely known brand of toy. It's so versatile since a wide range of things including houses, towers, trains, cars or spaceships can be built out of Lego. 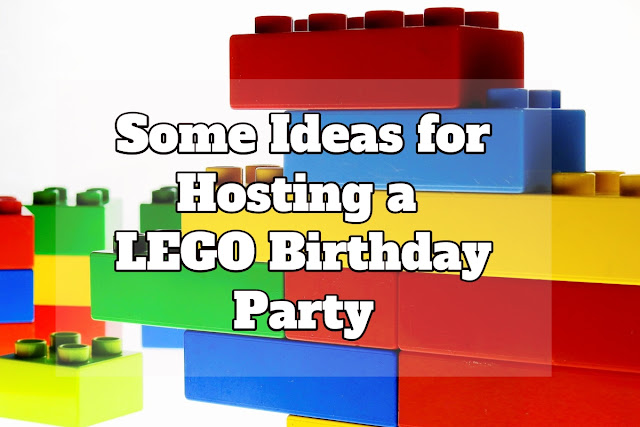 You could make your theme more specific though because Lego covers a lot of sub-themes. For example, you could have a Star Wars theme and use Lego Star Wars characters. Or maybe you could go with a SpongeBob Lego theme, a Ninjago Lego theme or a Lego fire engine theme.

Once you have decided a party theme, you can brain storm the different elements that you would need for your kid's birthday party. Let's see a few Lego party ideas that you might like to have.

Have a custom-made cake that look like Lego blocks. The use of shaded icing will look lovely and yummy as well. You can also make deserts like cupcakes with a piece of Lego brick as topping. Just look at this beautiful Lego cake below.

Send party invitations that impress the party's theme. Lego themed invitations can be bought from party supplies store or you can just look for free Lego invitation printable online like this one.

What's a children's party without games! So, here are three ideas for party games that use the Lego theme.

1. Guess the number of bricks - Put some Lego bricks in a jar or bowl and let the children guess how many bricks there are. The one whose guess is nearest the actual number of bricks is the winner.


2. Make the tallest tower - Set the timer to 1 or 2 minutes and let the kids quickly build a tower of bricks. The player or team that builds the highest tower without it breaking or falling down for 10 seconds is the winner.


Some other ideas that you may like to do for your Lego party is to ask the children to come dressed in a Lego costume. It can be made into a contest and the nicest costume will be given a prize.

You can also offer face painting to the kids. Children simply love to have their faces painted and they won't mind even if you are not Picasso. It will be a great way to start the party while waiting for the other guests to arrive. Just be sure that you use face paint that is hypoallergenic and not to paint over wounds or cuts.

Don't forget to prepare Lego loot bags that the kids can take home. You can purchase various items in the loot bag including candies, stickers, coloring books or small packs of Lego that have enough blocks to make some object.

Whether you're having a LEGO Birthday Party in Atlanta or anywhere else, it will surely be a lot of fun and enjoyment.
How-to