Visit to the National Museum of Fine Arts in Manila, Philippines 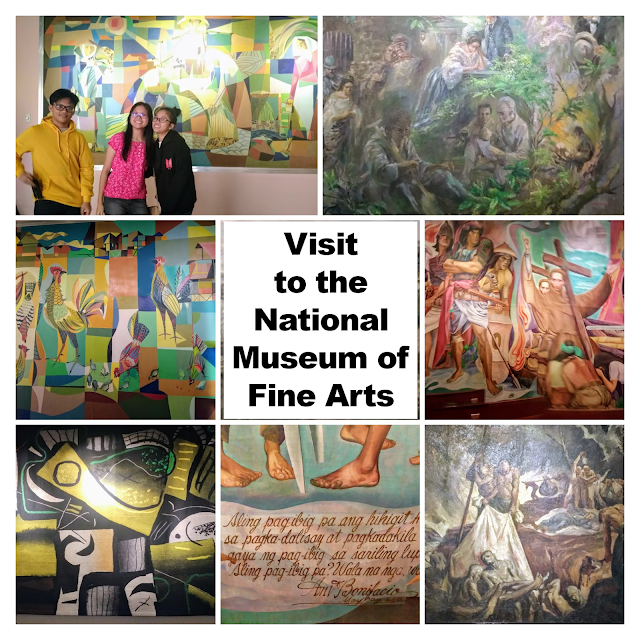 Our first family travel adventure this year 2020 was last January 2. One of my sons had a school project requiring him to visit an art museum together with the family. At first, we thought of going to Art in Island in Quezon City. But the steep price made us think twice about going there. So, we went to the National Museum in Manila instead. Admission is free. 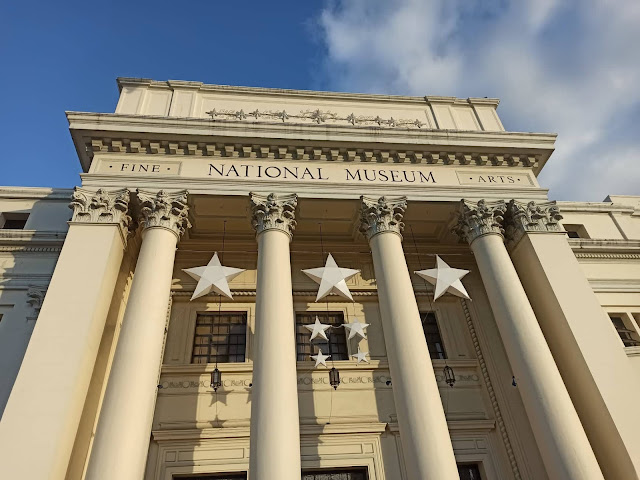 We arrived at the National Museum at 3:00 pm We should have gone earlier but our going there was a last-minute decision. It's a good thing that many people are still on holiday vacation and there was no heavy traffic. So, it only took us about 45 minutes to travel from Pasig to Manila.

The last time I went to the National Museum was 27 years ago when I was still in college and it was part of a school project also. Back then, the only outstanding masterpiece I remember is the Spoliarium by Juan Luna. I also remember that there were galleries of skulls, burial jars, and other ethnic artifacts, which I didn't see this time in the National Museum. Perhaps because those exhibits were relocated to another building -- the National Museum of Anthropology.


I was amazed at how much the National Museum has changed since my last visit. It's now referred to as the National Museum of Fine Arts (since there are three National Museum buildings now). It features many galleries of paintings from our country's National Artists like Fernando Amorsolo, Felix Resurreccion Hidalgo, Juan Luna, Vicente Manansala and many others (whom I honestly do not know).

We probably saw thousands of art pieces in the National Museum. Aside from paintings, there were sculptures, woodworks, textile art, mural, etc. So, it's impossible to share all the pictures here. Let me just share a few that I took a picture of for some reason, though there are certainly many others that I liked.

The two pictures below are surprisingly both entitled "Graveyard." They depict the condition at the time when the Philippines is still under the rule of another country. They are very gloomy and sad paintings at the time. 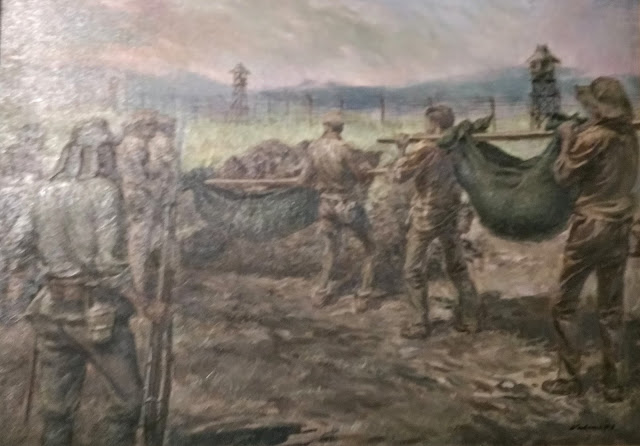 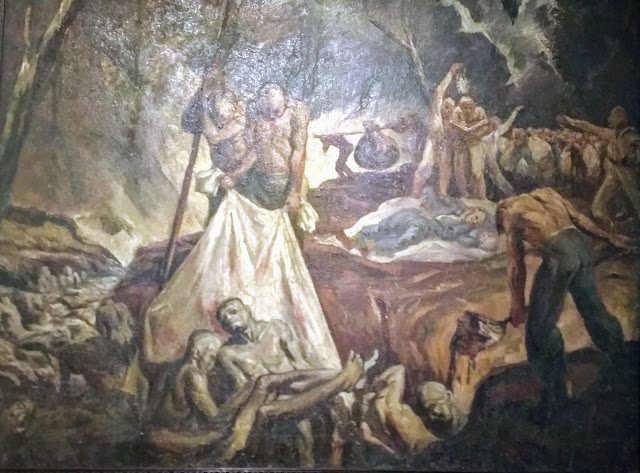 I like this next painting. It illustrates the different scenes in Jose Rizal's novel "Noli Me Tangere."


What I like the most in our visit to the National Museum was seeing that very big mural painting by National Artist Carlos "Botong" Francisco entitled Filipino Struggles Through History. It covered three walls of one of the old Senate Session Halls in the building. It paints a picture of what happened in Philippine History since the time of Lapu-Lapu up to the time when Manuel L. Quezon became President of the Philippines (if I am not mistaken). It is so awesome. Just seeing this great work of art really made our visit truly worthwhile. 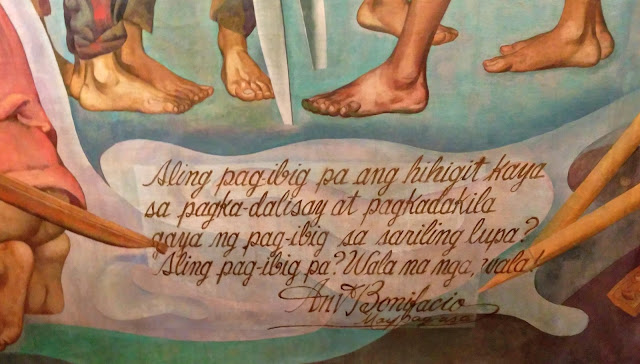 Here are some other artworks I've taken a picture of:

I hope every Filipino could visit the National Museum and not just appreciate the works of art displayed there but learn from them. Many thanks for all the hard work of the people behind the preservation of these Philippine treasures.

Have you visited the National Museum of Fine Arts lately?